The photos below represent but one room in the house.  If nothing else, this brief timeline should give some feeling to the scope of work undertook on this house 3 years ago.  The amount of patience, mental and physical toughness, and sacrifice learned or experienced through this process has been immense and invaluable.  Along the way I have learned a lot about building and how to spend a lot of time and money, haha!  Perhaps the best part has been spending the time with my wife, family, friends and dog through it all and having a good time (mostly) doing it!  Enjoy. 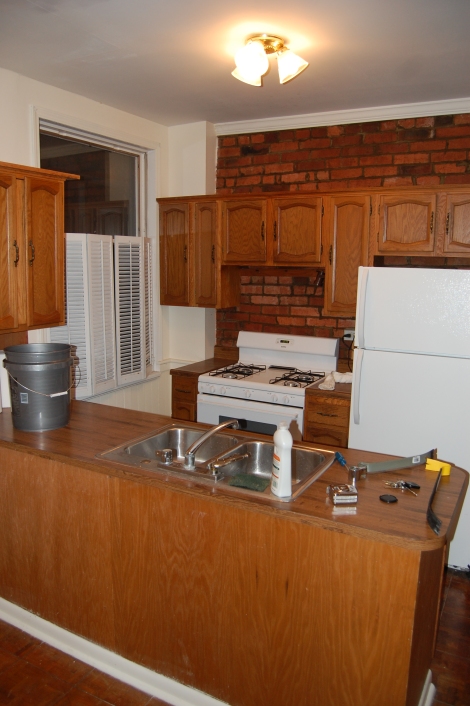 During Demolition, October 2011 – Floor Still intact but walls and ceiling torn out) 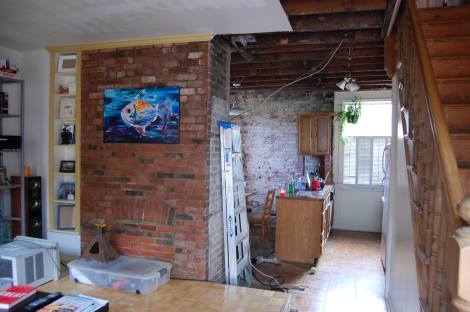 During Demolition, February 2012 – Everything pulled out of the kitchen and being used as temporary Storage)

Shoring up 2nd Floor Joists, March 2012 – looking from FRONT door into kitchen.  large joists sitting beside steps to be used to build up girder)

Girder Installation, May 2012 – each beam is x3 2×12 laminated together and nailed per recommended schedule.   Each post is 4×6 and they are supported below by the foundation wall or new post and footings.  Each beam and post is secured using hurricane ties and hex head bolts and nuts.   The posts, ties and hardware are pressure treated and galvanized) 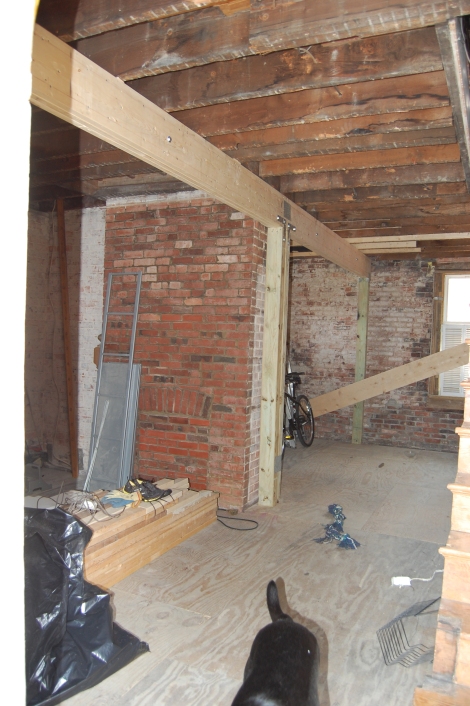 Rebuilding the Exterior Support Wall, June 2012 – Removed much of the old brick and mortar and rebuilt the wood lintels with 3/8″ steel I-beams on the interior Wye and 1/4″ angle iron for the exterior lintels. The joists will sit directly on the beam with a thermal barrier between.  The window and door openings were sized to fit a new Pella fiberglass door and aluminum – wood window.  Many of the bricks replaced were from a scrap yard (Minnifield Construction). 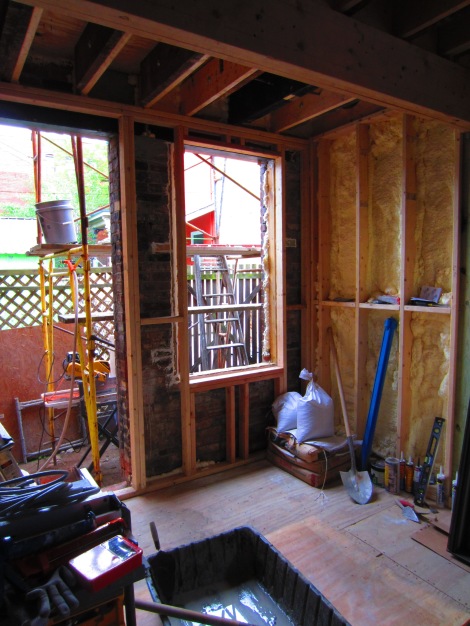 Cabinetry / Tile, December 2013 – More or less where we are as of today.  Trimming out and Countertops are all that’s left to do here!

6 responses to “Before, During, and After Pics – Kitchen”