The fixed double pane windows which I left in  are in good condition but I should have replaced them with new ones as some of the seals let moisture between the panes in the winter months.  I again used pine for the jambs. 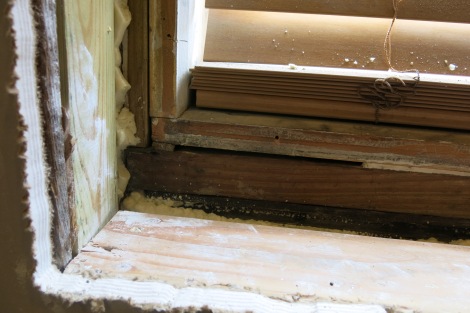 So I used some industrial urethane sealant.

Next is the custom per-assembled jamb extensions with a notch at the top to fit against the beam.  The corners were glued and screwed together.  The depth of the extensions are just under 5.5 inches.

The jamb extensions installed.   They are shimmed along each side and finish nailed through the shims.  I also drilled though each long side and used 4″ wood screws to pull the extensions tight against the window.  The window / extension interface was also glued.  The deep windows are pretty nice for setting things upon them… plants, pictures etc.

A close-up of the interface between the beam. 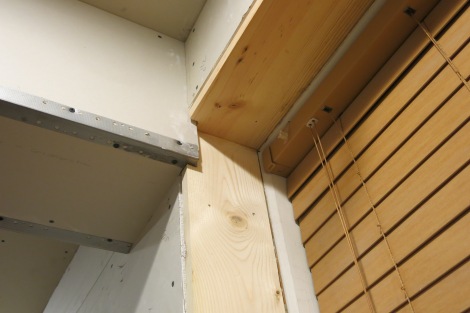 Kitchen door installation is next, then finishing the drywall.